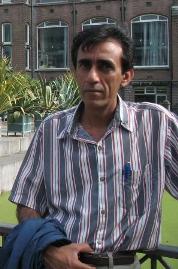 In my PhD project, I studied the relationships between parasitoids, hosts and climate from an evolutionary point of view by using hymenopteran parasitoids as a model system. I used a comparative approach to study the variation in life-history traits of species and populations from different habitats. I showed that closely related species manipulate their host behaviour differently and allocate their essential resources to different life-history traits. Metabolic rate and energy reserves varied strongly among the species. Energy reserves were found to vary substantially between populations from different climate zones. A molecular study revealed genetic divergence between the populations. The pattern a divergence partially reflected variation in life-history among the populations. To conclude, I suggest that life-history traits of parasitoids are subject to natural selection pressures from both host and climate. Resource allocation and host manipulation in parasitoids is species specific and resource allocation is highly diverged among populations to fit habitat requirements.