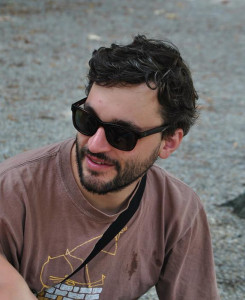 I am interested in the evolution of reproductive systems. My PhD thesis (in the Scheu group at the University of Goettingen, co-supervised by Ken Kraaijeveld) focused on transposable elements (TEs) as deleterious agents driving mutational meltdown in asexual lineages. Contradictory to non-recombining regions within sexual genomes, such as Y-chromosomes, asexuals do not harbor increased TE loads compared to sexual sister taxa. This suggests fundamentally different forces acting on completely linked asexual genomes compared to non-recombining regions and hints at TE self-regulation in these animals.
Current research (in the Schwander group at the University of Lausanne) comprises elucidating consequences of asexual reproduction in Timema stick insects and oribatid mites (in collaboration with the Scheu group), such as identifying deleterious mutations and counteracting forces (including TEs and gene conversion), consequences of long-term asexuality (allelic sequence divergence), and mechanisms of evolutionary innovation (horizontal gene transfer and structural rearrangements).
Further, I am interested in the  differences of mito-nuclear interactions in sexual and asexual animals, as well as the role of ecological factors (such as resources) as explanatory forces for the maintenance of sex (i.e. high recombination rates in most animals).

Jens has recently started his own lab at the University of Cologne
www.jensbast.com